An introduction to information entropy

We’re not just a math business; we’re a math technology business. So on top of having  an awesome team of mathematicians, we also have an incredible group of  engineers working here. Mansour is our Lead Infrastructure Engineer.  That basically means he is responsible for ensuring that Mathspace stays healthy and happy.

Some  of Mansour’s unpredictable traits include his hair color, his coffee  preferences and his music taste. You could even say he is someone with high entropy… Read on to understand what I’m talking about!

I’m  all over the place with my coffee. At the moment I’m having almond  cappuccinos. But before that I was getting my coffee from 7/11. Instant  decaf finds its way into my cup here and there too!

Entropy.  Specifically entropy in the context of Information Theory (as opposed  to Thermodynamics). It’s not really a field in mathematics, but it does  involve a fair bit of math.

Put simply, entropy is a measure of unpredictability.

Can you give us an example of entropy?

I’ve got just the thing! Imagine we’re talking on the phone and I’m trying to get you to draw this diagram precisely:

“It’s  a 4 by 4 square grid with 1 cm block size, but draw only a dot where  the lines intersect, including corners and T sections.”

Now  what if I were to describe this diagram (below) to you? It has the  exact same number of dots, but describing it would not be as easy!

Remember, I want you to draw exactly what I see, not just something that looks like it. I could tell you to draw a dot…

There are 25 dots, so you can imagine how long this description would take.

Why  is it that we can describe the first diagram with a single sentence,  while the second one would take minutes to describe, even though they  both have the same number of dots? It’s because of how much information  each diagram contains and the location of the dots is that information.

You  might have noticed that nothing would stop you from describing the  first diagram dot by dot, like we did with the second. If we did, first  diagram would still be low entropy. Entropy is not about a certain presentation of data, like our description over the  phone, but rather the information density of that data, the inherent  fact that the location of dots are predictable. So why is it that our  description of the first diagram is much shorter than that of the  second. The answer is “compression”.

Thanks  to our rich natural language, as well as our knowledge of mathematics  and logic, we have compressed the information in the first diagram into a  few words. What’s more, those few words themselves have high entropy!  Because they contain the same amount of information as is in the  diagram, but in a single sentence, not a page full of dots!

Now,  what if I told you that you could draw the second diagram precisely  given a simple formula and the numbers 1 to 25 to substitute in it?

Woah,  now the second diagram is suddenly low entropy as well because we can  compress it down to a sentence. How can it be high and low entropy at  the same time? The answer is that it was low entropy all along.

The lesson here is that humans are terrible at determining entropy. That’s why we have mathematical formulas to calculate it.

Why is entropy important?

Entropy  is one of the underpinning ideas of the Information Theory, which  itself is the basis of storage, communication and processing in all of  computing today — making things like mobile phones and the Internet  possible.

Entropy  is also what makes effective cryptography possible. In short,  cryptography is the study of methods of communication, namely  encryption, with another party in a private and secure way so that  others can’t ‘snoop’.

It is perhaps the most effective tool for protecting our privacy today.

Encryption  is what protects us from online criminals, as well as companies and  governments. These are people and groups who have, and always will, try  to extend their reach into our private lives.

For  example, one way an effective encryption helps protect our privacy, is  by increasing the entropy, or the randomness of a message. So much that  it becomes nearly impossible to find patterns in it, and to subsequently  decode and read it. This same property of an encrypted message, its  high entropy, makes it indistinguishable from noise which allows someone  to deny having encrypted data at all. This is called “Plausible  Deniability”.

Can you tell us about the history of information entropy?

Mathematician  Claude E. Shannon pretty much established the field of Information  Theory by publishing “A Mathematical Theory of Communication” article in  1948.

Information Entropy’s namesake is a similar concept in statistical mechanics where entropy can be understood as a measure of disorder of gas molecules in a room, for instance. The more neatly arranged the  molecules are, the lower entropy configuration they have and vice-versa.

Shannon  initially used the term “uncertainty” until John von Neumann suggested  “Entropy” noting that the same concept and similar formula had been used  by physicist already and “more [importantly], nobody [knew] what  entropy really [was], so in a debate [he would] always have the  advantage”.

Much  of the development of Information Theory since Shannon’s paper has been  around data compression and error correcting codes. Entropy is quite  tightly related to compression. Put simply, the higher the entropy of  some data, the harder it is to squeeze pack it.

I first learnt about entropy while studying computer science at university.

Back  then I didn’t really pick up on its profound reach. It wasn’t until  after my studies that I came across methods of finding “interesting”  data by solely looking at its entropy. I love data and if you ask anyone  who does, you’ll find that data is abundant, and most of it is just  noise. Filtering out noise is always a challenge and the measure of  entropy is a powerful tool to weed out the noise.

A  while back my colleague Andy did this Coffee + Math interview, and she  explored the beauty of when completely independent fields of  mathematics, are suddenly found to be related by an equation.

The incredible thing about entropy is that it connects seemingly unrelated disciplines — mathematics and natural language.

Mathematics is derived from pure logic and reasoning, whereas natural language evolved organically through usage. The  entropy of a piece of text can tell you the information density (or put  more simply, the amount of “fluff” in the text). It can tell you if  it’s a scientific paper or a novel. It might even tell you if it’s  written by a particular author. All of that, from a single number that’s mathematically calculated from individual letters of that text!

Anything else interesting to add?

Music lyrics are actually really interesting when you think about them in the context of entropy.

I  really like songs with dense lyrics. So I decided to go about finding  such songs. One approach was to go through a set and eyeball which ones  qualify. Not very practical though, given how many songs are out there.  So as any good computer programmer would do, I wrote a program that  would calculate the entropy of a given lyrics. I then ran it across a  (not so comprehensive) selection of 200K song lyrics and sorted them by  highest to lowest entropy.

These were the top 5 dense lyrics (of 2K letters or more):

and these were the top 5 sparse lyrics:

Despite  my love of dense lyrics, I’m much more likely to listen to ‘Honey’ than  ‘Prologue’. I can only speculate that something like taste, is far more  overpowering than simple measures such as entropy. 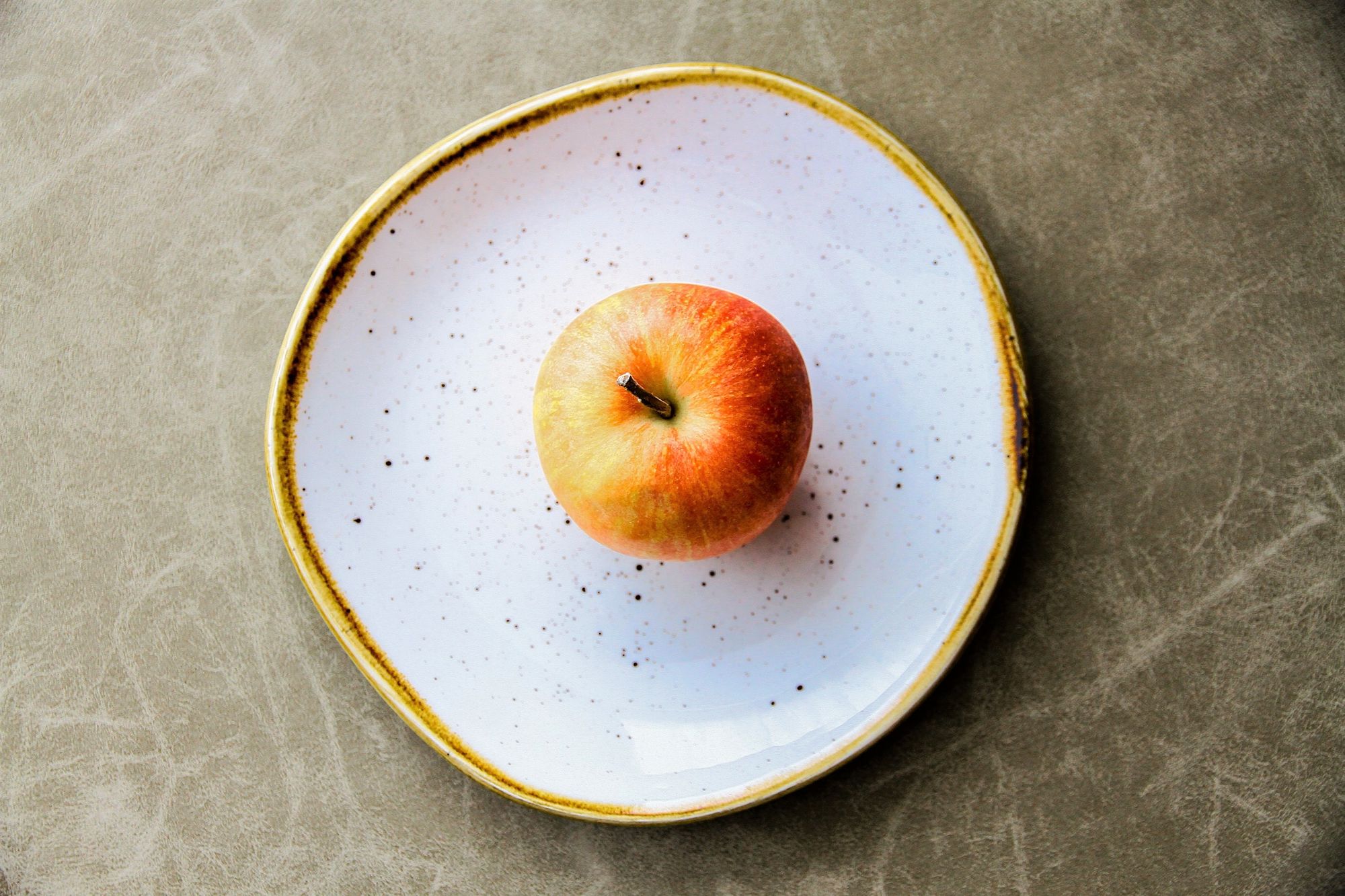 "How can it be that two objects, initially traveling in parallel, can continue each moving in a straight line and yet end up meeting one another?" Jake reveals the answer in this interesting thought experiment. ... read more 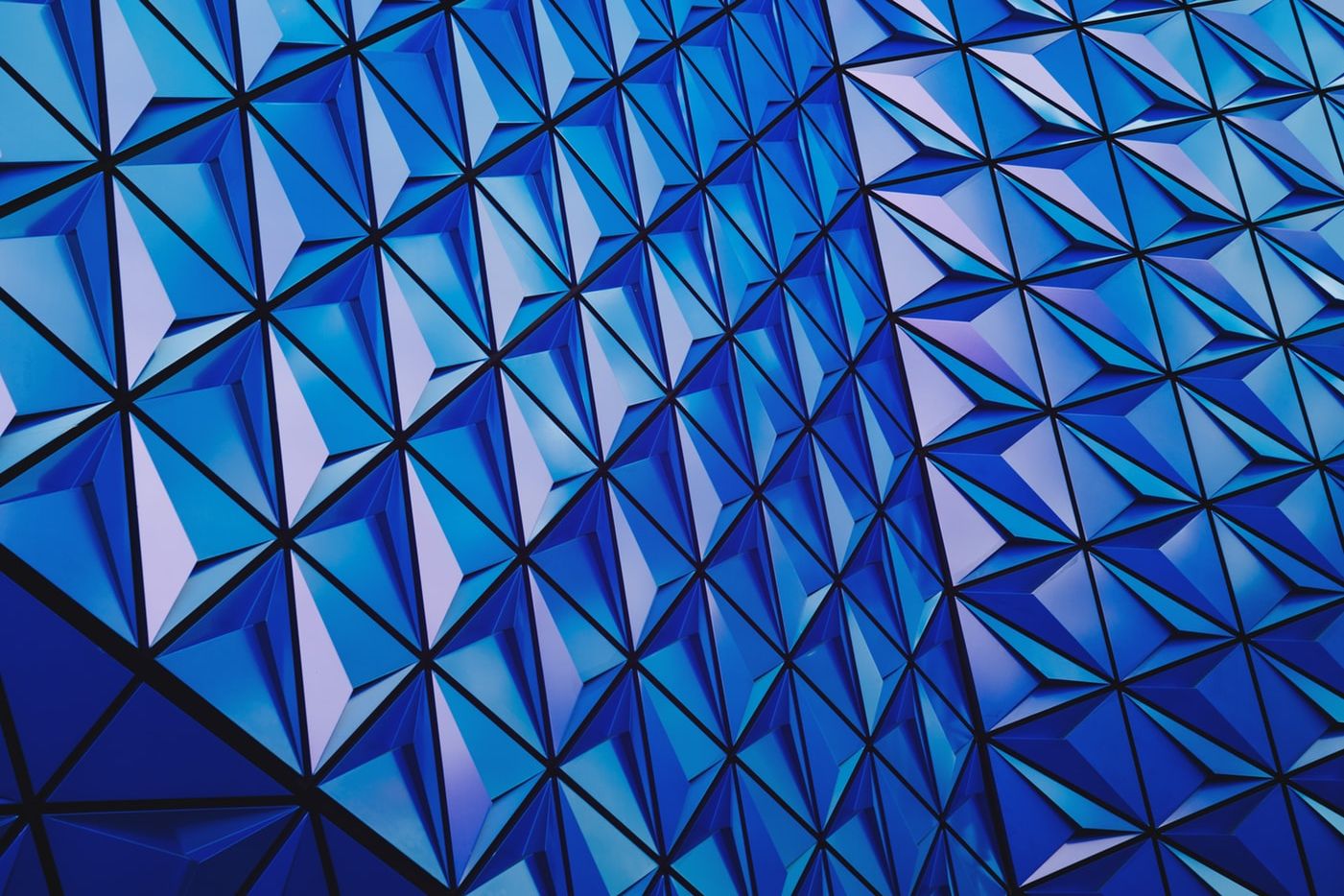 The beauty of mathematics

What comes to mind when you think about math? For Nadya, it's the beauty! ... read more 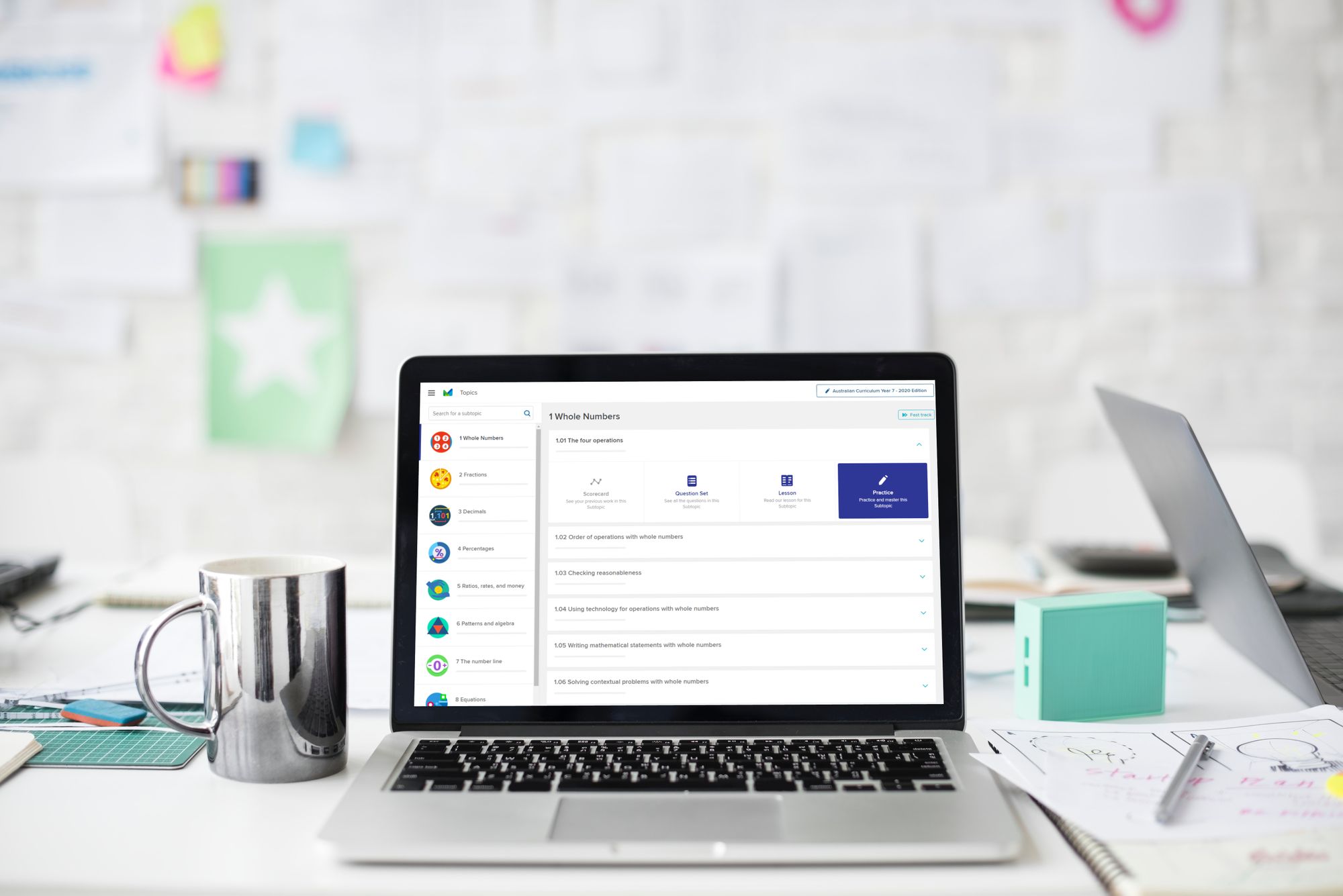 The 2020 editions are the biggest overhaul of our questions and our lessons since Mathspace’s inception, built in direct response to feedback from teachers and students across Australia. Andrew will take us through the process and show us what's new! ... read more 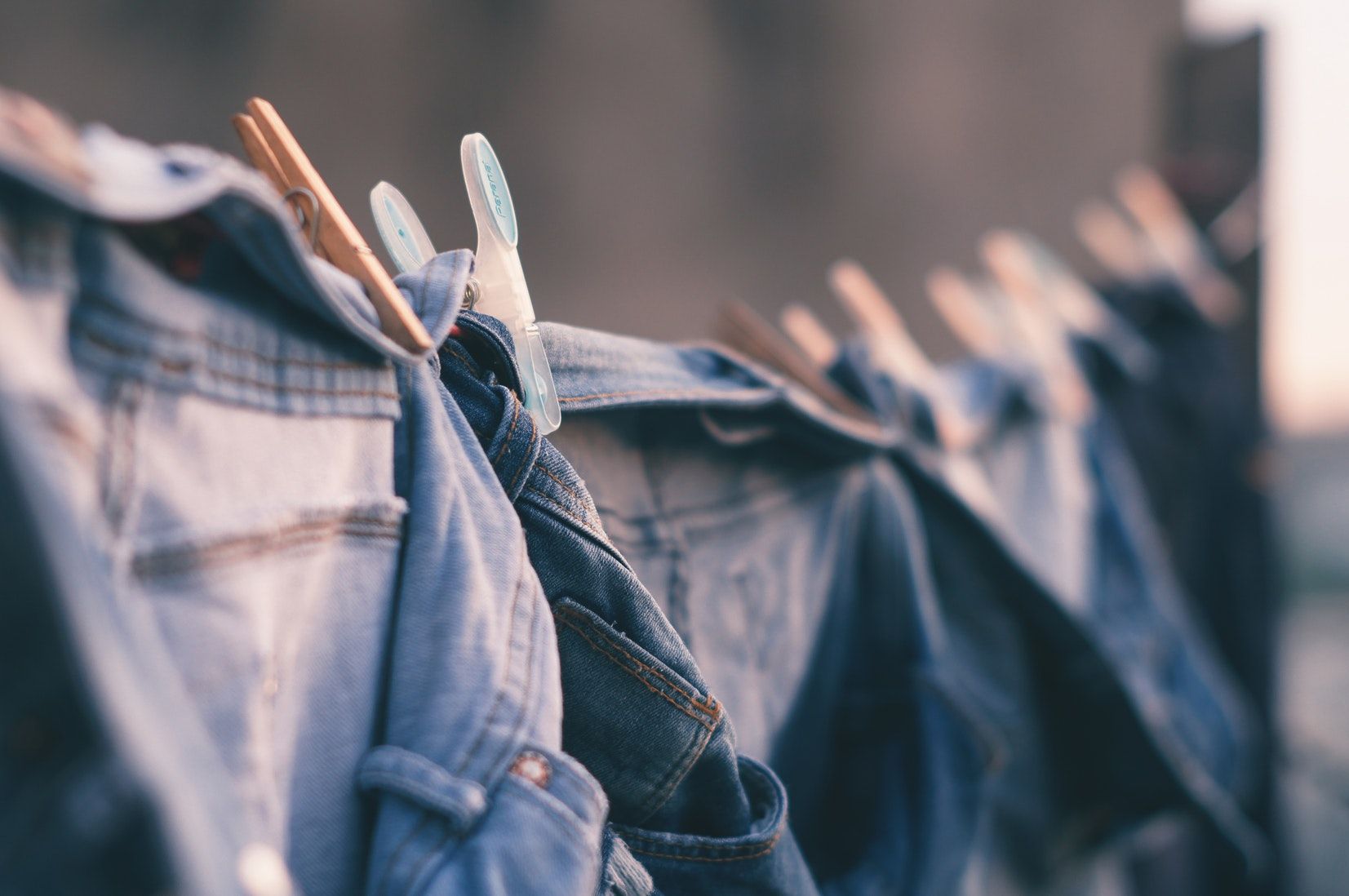 A little something nothing

What do you get when you break mathematics down to its core? Well - nothing, really. That’s what Jake demonstrates, using some familiar objects, as he explores the big picture view of math. ... read more

A few neat mathematical properties for your enjoymentJonathan’s math class — circa 2000:“Take  out your calculators. Now, somebody give me a number to divide by 7. I ... read more 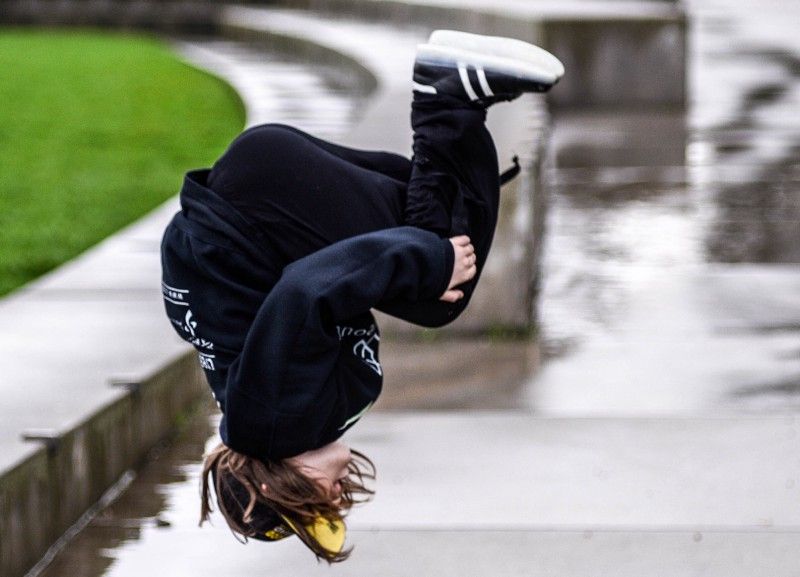 Tips & resources to help you flip your classroomFirst, some background on who we are and how we came to be writing this blog… We’re Elisha and ... read more